Of course, it had to be our number 1, this series kinda broke the internet…(In Nigeria at least). If you’re a fan of Nigerian movies, odds are, you’ve already seen this. But if somehow you have not seen it, we recommend you to give it a shot. Blood Sisters tells the story of two friends Sarah (Ini Dima-Okojie) and Kemi (Nancy Isime). Sarah is engaged to her dream man, Kola (Deyemi Okanlawon.) However, their seemingly idyllic union has a dark side.

King of Boys is another series that made waves in Nigeria. The first movie was released in 2018 and the sequel is a 7-part series that was released late 2021.  Eniola, is driven by her insatiable drive for power, she is a businesswoman, philanthropist and into politics. As she is drawn into a struggle for power her criminal baggage will prove a heavy burden. 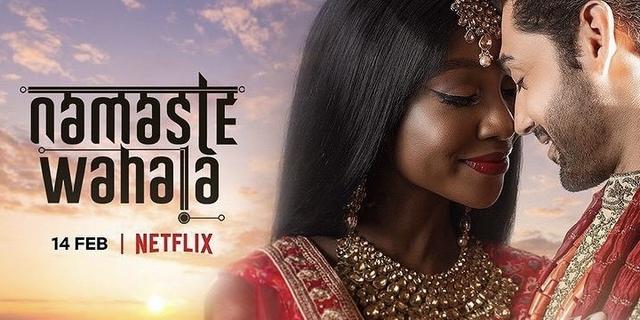 The new Nigerian film “Namaste Wahala” is set in Lagos and follows the romantic escapades of two young lovers on a journey to find themselves. It is a romantic comedy film produced, written and directed by Hamisha Daryani Ahuja on her directorial debut.

In RattleSnake, which is a remake of an older movie of the same name, a mastermind attempts to pull off a number of astonishing heists. It’s directed by Ramsey Noah and it stars actors like Stan Nze, Osas Ighodaro, Bucci Franklin, and so on. This remake of RattleSnake was originally released in 2020 but is currently on the Netflix trending list.

Released in 2022, this almost 2-hour-long movie tells the story of Samuel. Samuel, in this story, forsakes his harsh religious background and upbringing to live his own life. The main character was bodied by Akah Nnani, with performances from others like Osas Ighodaro. The Man of God was directed by Bolanle Austen-Peters.

This movie is a sequel to Omo Ghetto, a movie released in 2010. It is directed by Funke Akindele and JJC Skillz. Omo Ghetto: The Saga was released in 2020 but made it’s Netflix debut in 2021. It has broken many records and was loved by many viewers. If you haven’t seen this move, you should definitely add it to your to-do list.

Fine Wine is a romantic comedy movie released two days before valentines day in 2021. The movie revolves around a man who falls in love with a lady far younger than him and must deal with the stigma from society on age-gaps. This film was directed by Nigerian American filmmaker Seyi Babatope.

God Calling tells the story of Sade who entered a suicidal depression after losing a child. But then, she found faith again which was aided by technology. The movie was released in 2018 but is a top Nollywood movie to watch on Netflix in 2022.

One Lagos Night is a 2021 Nigerian crime-comedy film set in Lagos. This films tells a story of the hardships Nigerian graduates face due to unemployment. A Nigerian unemployed graduate risks his freedom to commit a crime in hopes of a big pay-off. One Lagos Night was directed and produced by Ekene Som Mekwunye. The 103 minutes movie stars Frank Donga, Ikponmwosa Gold, Eniola Badmus, Ali Nuhu among others.

Kambili: The Whole 30 Yards also shortly known as Kambili is a 2020 Nigerian romantic comedy film written by Ozioma Ogbaji, and directed by Kayode Kasum. The film stars Nancy Isime and Toyin Abraham in the lead roles.

Determined to marry before she turns 30, Kambil tries to change her impulsive ways and do whatever it takes to win back the boyfriend who left her.

Have you watched any of the movies or series in our list above? Which ones would you love to see next? Are we missing anything in our list? Please let us know using the comment section below.